Home
Discipleship
Do We Look at the World With The Eyes of Jesus?
Prev Article Next Article

I know a lot of Christians complain about Facebook being a distraction, I mean enforcing the fruit of self-control is tough right? Seriously, I fill my feed with positive, faith-based, spirit-filled news and inspiration. So even though it might consume some of my time, I am constantly seeing God's word in front of me. If we truly believe God created everything for our good, then isn't up to us to use everything in the right way? Blessings and opportunities have popped up in my Facebook feed that have blown my mind on a constant basis. Recently some news about China and Mumbai showed up and I found it encouraging and interesting how God is moving around the globe.

Youth in China are Leaving, Studying in America, and Finding Jesus

Shelly Cai was 18 years old when she left the southern Chinese metropolis of Nanjing to enroll in the University of Wisconsin-Madison. In August 2010, after a 13-hour flight from Shanghai to Chicago and a three-hour bus ride, Cai finally arrived in Madison, where a distant cousin picked her up. During orientation, Cai found herself jet lagged, struggling to make sense of all the English. Five days in, she learned her grandfather in Nanjing had passed away. Not wanting her new roommate to see her cry, she spent the night at the study den in the basement, surrounded by washers, dryers, and stored bikes. One day in early September, as frigid weather moved into Madison, a group of students approached Cai in her dormitory hallway to ask her opinion about God. She realized that she had never thought about it before. Out of simple curiosity, she began to attend a Bible study group. And so her spiritual journey began; four years after coming to Wisconsin, Cai was baptized and then tied the knot with an American in a Madison church.

Some of those souls are looking for a place to belong. Christian services and fellowships can help some international students adjust to American campus life by offering a tight-knit, caring group with social events — often with a religious twist. Many campus Christian fellowships run general-interest events to attract international students, including dinners during Chinese holidays, weekend trips, and English conversation groups. A Mandarin-language Christian fellowship at Columbia University, for example, created a guidebook for new students with tips on navigating the Columbia library system and a complete list of Morningside Heights grocery stores, its pages decorated with Bible verses. Curated from uscnpm.org.

The Growth of Christianity in China

Consider these facts about the Chinese church:

China will likely become the largest Christian nation in the world by the year 2030. Fenggang Yang, a professor of sociology at Purdue University, notes that in the year 2010 there were more than 58 million Protestants in China, and he believes that number will swell to around 160 million by 2025 based on current growth trends. (The United States had 159 million Protestants in 2010.) By 2030, Yang predicts, China's total Christian population, including Catholics, would exceed 247 million, placing it above Mexico, Brazil and the United States as the largest Christian population in the world.

More Christians attend church on Sundays in China today than in Europe. Some people attend government-sanctioned churches like the 5,000-member Liushi megachurch, located 200 miles south of Shanghai in Zhejiang province. This church was forced to close in the 1950s, but it reopened in 1978 and has grown ever since. Many other Chinese believers prefer to worship in more covert "house churches" so they can stay away from any government interference. Curated from charismanews.com.

Christianity and Islam Will Change Worldwide by 2050

If fertility rates, the size of youth populations, and rates of religion switching remain the same, Christianity will still be the largest religion in the world in 2050, according to a detailed report released today by the Pew Research Center.

But Islam will be gaining fast, nearly neck-and-neck with Christianity "possibly for the first time in history," and potentially eclipsing Christianity after 2070.

Most future Christians will be living in Africa, according to both reports. The rate of Christianity there is expected to double, from 517 million in 2010 to 1.1 billion in 2050, according to Pew. CSGC numbers are similar, with a prediction of 1.2 billion Christians in Africa in 2050. Curated from christianitytoday.com.

This is a slum in Mumbai... 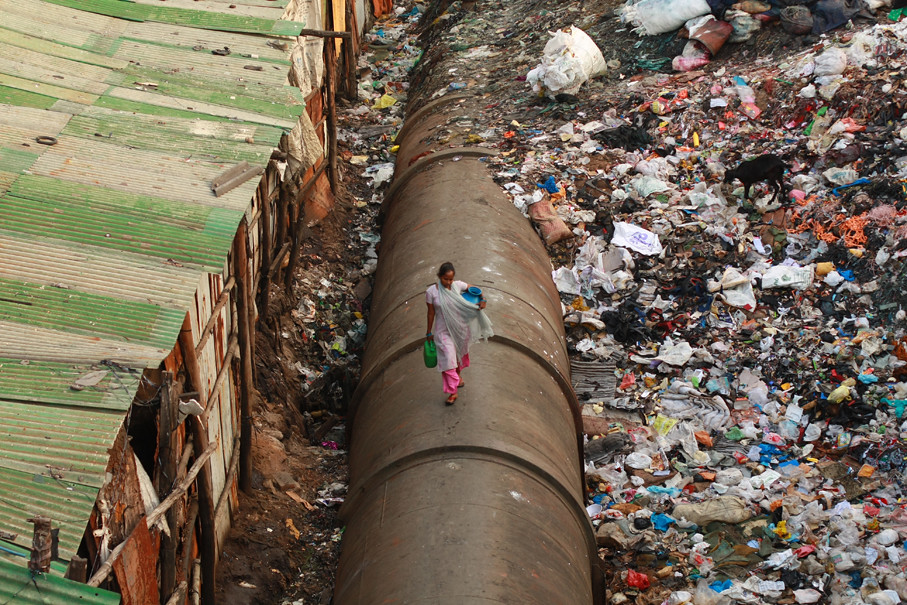 One of the world’s wealthiest men, Nita Ambani, makes his home in Mumbai. Nothing particularly unusual about that. Rich people live everywhere. What makes Ambani’s residence unique is the fact that his “home” is a 400,000 square foot, 27-storey skyscraper that rises above the Mumbai slums like a giant middle finger.

At an estimated cost of $1 billion – yes, that’s billion with a “b” – it’s the most expensive single family home on earth.

This is why we must always be in prayer for our brothers and sisters around the world who are fighting to follow Jesus on a level most Americans will never understand.

It is estimated that nearly every one of India’s unengaged, unreached people groups (UUPGs) have someone living in Mumbai. Imagine what could happen if people from each of these UUPGs heard the gospel and believed. Mumbai could be a sending hub for Indians to go back to their people groups and share the good news of Jesus Christ. Will you pray for Mumbai?

"Jesus is moving in these Middle East nations," Connell says. "Many there are disillusioned and broken and just want to know the truth. Now more than ever there is a harvest among Muslims that has not been seen in history."

Connell tells the story of a missionary named Daniel (whose name was changed for security purposes) who moved to the Middle East to help Syrian refugees. One day, Daniel approached a Muslim family, saying, “Hi I’m Daniel and I’m here to tell you about Jesus.”

The family responded in disbelief and excitement. Daniel wondered at their reaction, but then found through his interpreter that the day before a man had appeared to the family and said to them, “Hello, My name is Jesus and I am sending a man tomorrow named Daniel to tell you more about me." Curated from christianheadlines.com.